This is a long-standing application and one in which the Trust has been extremely active over many years, based on its direct adjacency to the Provincially Significant Silver Creek Wetlands. 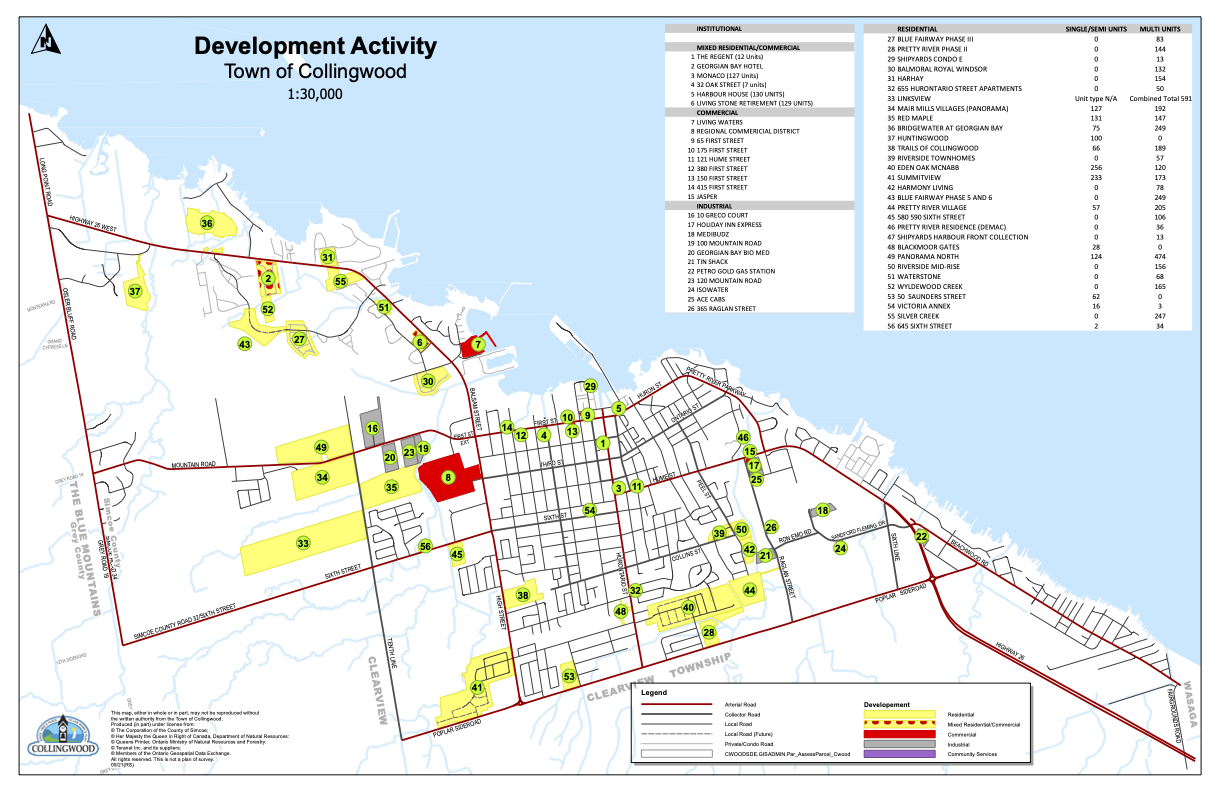 The 37.16-hectare Bridgewater development lies to the north of Highway 26 West and to the south and west of Bartlett Boulevard and Princeton Shores Boulevard (listed as number 36 in the above map). The development proposes a zoning by-law amendment and revisions to an existing draft approved plan of subdivision. Existing approvals for this portion of the site support a 320-dwelling unit development, including 71 singles, 87 townhouses, and 162 apartments (in 3 buildings) with a number of blocks to protect and buffer adjacent Provincially Significant Wetlands. 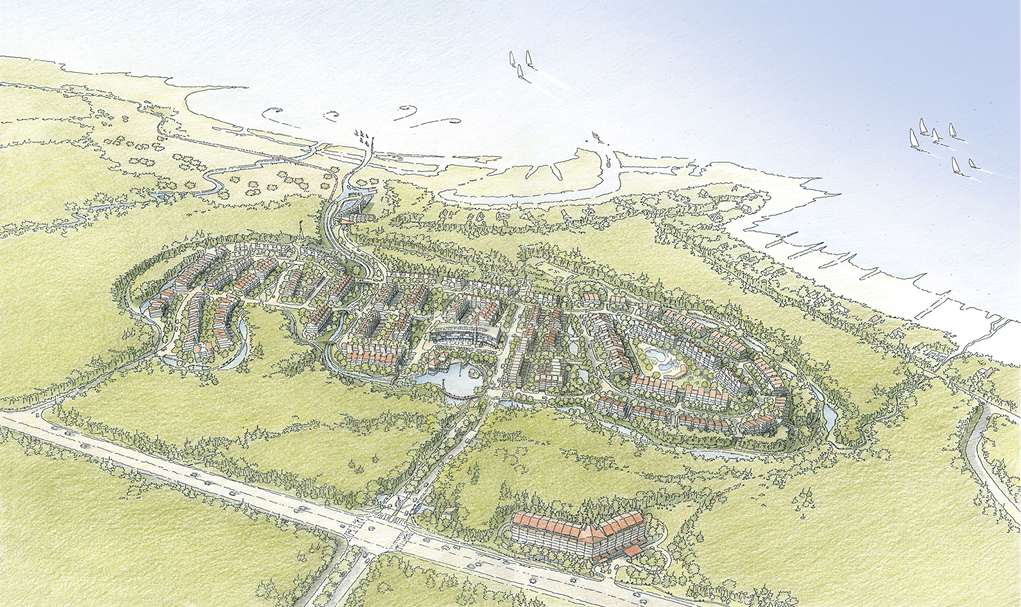 The Zoning By-law Amendment application proposes to rezone the existing 320-unit medium-density development in order to support revisions to the draft plan of subdivision for a doubling of density to a maximum of 655 dwelling units in groups or clusters of single-detached, semi-detached, townhouses, and apartment dwellings.

This developer has also appealed to the OLT for lack of decision by the Town of Collingwood. The Trust is deeply concerned with the proposal to double the density on these sensitive lands. We are watching this file closely.