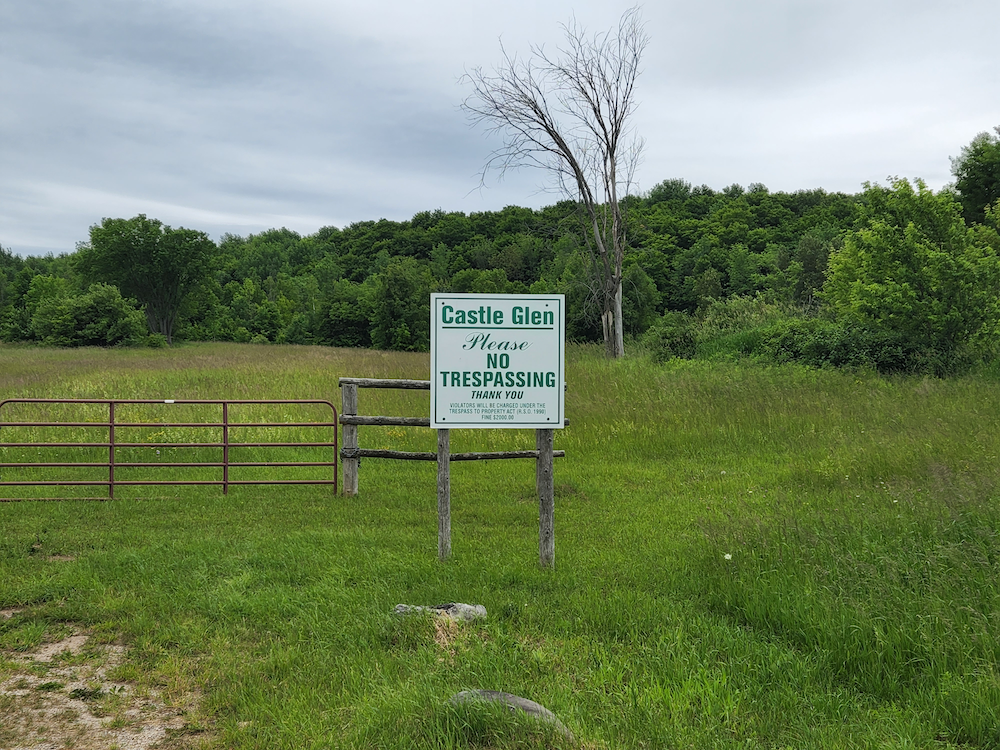 Castle Glen has long been a massive proposed development in The Blue Mountains on County Road 19 near Osler Bluff Ski Club.

The development has been on the books since 2006, when the Ontario Municipal Board (OMB) gave approval for the development proposal on the 620-hectare property, which could include up to 1,600 residential units, 300 hotel units and three golf courses.

While no further applications have been submitted to the Town of the Blue Mountains, the lands have recently been acquired by a large development consortium, Great Dale Major Limited, and advancement is anticipated. Many members of the public are now paying attention to the possibility of development on that land, and ToBM Council have requested that staff prepare a full report on the property and its history.

The Watershed Trust is concerned with this potential development in that the lands include the headwaters of the Silver Creek and Black Ash Creek. The potential negative impacts on water quality and on the fish-spawning habitats could be devastating.

Another environmental organization, Escarpment Corridor Alliance (myescarpment.ca) has formed as a response to not only Castle Glen lands but across the South Georgian Bay portion of the Niagara Escarpment running from Devil’s Glen to Georgian Peaks, and across from Castle Glen to the Beaver Valley. This group’s goals are closely aligned with the Trust’s—to encourage
sustainable development and protection of large tracts of sensitive and/or recreational lands.