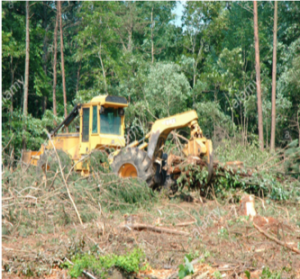 The Watershed Trust’s Watershed Action Group keeps an eye on development in our catchment area, especially within the boundaries of the Town of Collingwood and The Blue Mountains. At the moment, future development plans include 9,390 units (4625 units in Collingwood; 4765 units in TBM) with a capacity for 20,658 people (density estimated at 2.2 people per unit) on the books for the two towns. That’s development at an explosive pace. In fact, if all current land development proposals went forward, we would exceed the population schedules for Collingwood in 2031 as indicated in schedule 3 of the Growth Plan for the Greater Golden Horseshoe, which we consider to be aggressive in the first place.

Whether or not you like the idea or the pace of development in our area, you should know that many of these developments are well-planned and follow most of the current rules of the respective town planning departments. The developments we take exception to are those that are likely to negatively impact wetlands, watercourses and wildlife corridors. There are a number of those, and the Watershed Trust is actively engaged in challenging aspects of each on your behalf.

Here is our list of the top FOUR worst development projects (excluding quarries and roads—another matter entirely) currently moving forward in our area. It should come as no surprise that several of these are concentrated around the Provincially Significant Silver Creek Wetland located mostly on the north side of Hwy 26 from the highway to Georgian Bay, with smaller sections on the south side, mostly within Collingwood and extending into the Town of The Blue Mountains.

A bad idea from the beginning, this future development of 328 residential units surrounded by Provincially Significant Silver Creek Wetland first gained OMB approval, subsequent to our challenge, in 2007. In 2019 the application was modified to double the density of the development to over 600 units.

Why it’s bad: a large development in the midst of a large wetland is certain to degrade wetland habitat. Doubling the density creates more pressures of many kinds. Keep in mind that natural areas adjacent to wetland are thriving, biodiverse areas.

The greatest harm is likely to come from Consulate West, privately owned land that may be slated for development but for which there is no active application. A development here would potentially threaten one of the most sensitive areas of the Provincially Significant Silver Creek Wetland.

Originally denied a 437-unit development in 2012 on a 121-acre parcel of land located on Silver Creek Drive near Highway 26 West, Huntingwood Trails recently received draft plan approval from the OMB for a maximum of 179 residential units in two separate pods that border Silver Creek and the Provincially Significant Silver Creek Wetland.

Why it’s bad: a large development bordering a large wetland and a Class A cold water trout/salmon stream is almost certain to degrade habitat. Keep in mind that natural areas adjacent to wetland are thriving, biodiverse areas. Both are also flood-prone areas.

The largest parcel of land in this area behind The Alphorn is now owned by Royalton Homes. The owner is in the process of making a new application. The number of units in the original application was 282.

Why it’s bad: this development is in the midst of a Provincially Significant Wetland prone to flooding and home to species at risk. Development would harm the habitat.

The existing small dwelling was regarded as a Legal Non-conforming Use and is allowed under the Planning Act. It is on a single lot with a new, larger dwelling replacing it.

Why it’s bad: The grade has been raised with fill, it is too close to Townline Creek and to the floodplain. It impinges on sensitive wetlands and a watercourse.

What you can do

Talk with Town Councillors, visit your planning department, ask the town clerk for notification of public meetings fo specific developments and let your opinion be known, get involved in Watershed Trust development-related activities. Write to us at info@watershedtrust.ca

See all development projects on the books:

By Carl Michener, member of Board of Directors