By George Powell and Don Gibson 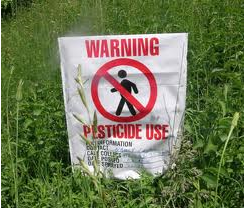 In December The Watershed Trust wrote to the Ontario Minister of the Environment, Jim Bradley, with respect to concerns we have with the Pesticide Act and regulation O. Reg. 63/09. We pointed out that we also have related concerns about the MOE’s current administration of the Permit To Take Water (PTTW) program.

Not only are golfers and golf club staff exposed to pesticides whose safety is questionable, but the pesticides wash into our Bay and could affect aquatic life and drinking water.

The Minister’s reply dated February 14th, 2013 failed to address our concerns and we wrote to the Minister again on April 3rd, 2013.

The recommendations made to the Minister can be summarized as follows: