Watershed Trust and the OMB: We have Appeared Many Times before the OMB

Watershed Trust and the OMB: We have Appeared Many Times before the OMB 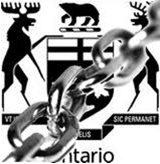 We have appeared before the OMB as Participant, Party and Special Participant. This is how we have operated with these three levels.

The OMB Rules and Procedures allow status only as a Party or a Participant. Parties must attend all hearings and are liable for costs if their actions are not appropriate (unreasonable, frivolous, vexatious or acting in bad faith). The Parties create and agree upon the Issues List. A Party is almost always represented by a lawyer due to the legal nature of the proceedings. Parties may call expert witnesses. The cost of being a Party can be very high. (In the Walker Duntroon Quarry hearing, Clearview Community Coalition spent over $600,000). Participants are allowed to make an opening statement and a closing statement and may be cross-examined at that time. Sometimes there is a public meeting under OMB auspices.

The Trust was a Participant at both phases of the Castle Glen OMB hearing. In the final decisions by the OMB member, there was no mention of our closing statement or the public meeting held under the OMB where 50 persons stated their opposition and one supported the application.

We came to the conclusion that Participant status gives essentially zero power to influence the OMB decisions. The OMB listens to the expert witnesses that are presented and they weigh the opinions and judgments of those experts. In addition, they make judgments as to whether the application is consistent with the applicable provincial Acts and Policies. Non-expert comments about substantive environmental considerations are not seriously considered. The OMB weighs the testimony of expert witnesses and questions of law. We have characterized it as a “Rules-based process”.

In the case of the Walker Quarry application before the Joint Tribunal/OMB, we were a Participant. We made a closing statement and submitted to cross-examination. It felt good to be able to make our views known but I believe we had no impact on the decision.

In the Consulate OMB case, as a consequence of the above analysis, we asked permission as a Participant to present an environmental witness – that is, a Special Participant status. The OMB officer agreed to this. Before we had the opportunity to present the witness, the OMB process went into mediation to consider the Consulate East application. As a result of our special status, we and our consultant were allowed to participate fully in the mediation process. Our consultant argued successfully for additional buffers at the north side of the residential area and she provided backup and support for the NVCA for their positions on buffers and other environmental issues.

The related cases of Consulate West and 80 Madeline also went into mediation under the OMB. Our consultant continued to participate fully, supporting NVCA positions and influencing the plans for trails until the mediation was suspended at the request of the applicant.

Negotiation of Minutes of Settlement

In the case of Terrasan Craigleith Village Community in The Blue Mountains, we could not accept the draft OPA that was agreed upon by the Town and the applicant so we appealed to the OMB (thus, we were a Party). Prior to a hearing, we negotiated a Minutes of Settlement in which we obtained a clause which, we believed, satisfied our concerns. After Terrasan lost control of the property, Meridian Credit Union, the mortgage holder, has submitted an application for a Block Plan to be followed by a Draft Plans of Subdivision. As a public interest group, we are part of the process. We made a presentation at the Town’s Public Meeting on this application. The OMB is no longer involved.

In the case of the Havens application for Draft Plan, we requested Party status and we were denied it. We were not adequately prepared for the applicant’s objections. The Town and Havens were largely in agreement about the application and it was approved.

In the MAQ quarry case, we were a Participant having the usual negligible impact; however, we provided the funding to Grey Matters, a Party in opposition, for an environmental consultant, Bob Bowles. We believe his testimony was helpful in gaining additional protection for the Hart’s Tongue Fern colony.

In the case of Huntingwood Trails which will be heard by the OMB, we requested and have again received Special Participant status to be allowed to present our environmental witness. Our request was fully supported by the Town, the County and the NVCA.

In summary, the current OMB process gives essentially zero power to a Participant. We were able, in the cases mentioned, to have some power over the decisions by obtaining the Special Participant status even though it is a status which is not specifically recognized in the current OMB Rules and Procedures. We also had influence in the MAQ case because we funded the environmental consultant presented by the opposition Party. We have been active in promoting reform of the OMB and have been advised by the Environmental & Land Tribunals Ontario (who controls the OMB) that new draft procedures will be issued for complex hearings to which we can comment.

A participant is an individual, corporation or group who wishes to make a statement to the Board at a time set for such statements but who does not wish to participate fully throughout a hearing and may attend only part of a hearing.

Under Section 4 of the Rules, titled Matters not dealt within the Rules, the hearing officer may do whatever is necessary to adjudicate effectively on any matter before it. I believe this is the section that allows the OMB member to authorize a Special Participant status. So it is clear that special participant status is not ‘outside the rules’ because the member has been given the authority to allow it.